Want to learn the difference between Japanese vs. American diets?

But before we get into the differences…

I’ll assume you don’t know much about the Japanese diet since you’re here, right? Well no worries. 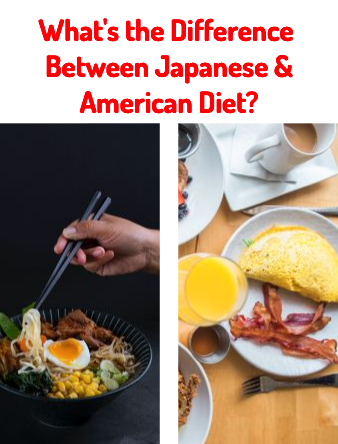 Part 1: Introduction to the Japanese Diet

The Japanese diet is full of culture and historical significance, with roots in ancient Japan. One of the main influences on the Japanese diet has been China, but Japan has retained its unique food culture due to its isolated geography. Many fermented dishes were used like pickles and condiments so that they wouldn’t go bad. For example, the origin of sushi comes from a method of preserving fish and rice.

Since Japan is surrounded by the ocean, seafood is also an important part of the diet. In fact, it’s difficult to be completely vegetarian in Japan because most dishes are flavored with fish broth. Meat is expensive and not produced as much in Japan, so it is used in smaller quantities. In general, the Japanese diet is healthy because most people consume fermented foods, fish, and rice.

However, more recently the Japanese diet has incorporated influences from the west. There are unique Japanese foods and dishes that combine different cultures like Japanese curry, Japanese bread, and cod-roe pasta.

The U.S. diet is less healthy due to the number of processed foods and because of the shorter history of its food culture. Compared to Japan, there isn’t any kind of food tradition that dates back thousands of years. The U.S. is a melting pot of different cultures and cuisines. This means that there is less reliance on natural food sources compared to Japanese cuisine.

So, let’s look at some differences.

Japan: Breakfast can sometimes be the largest meal 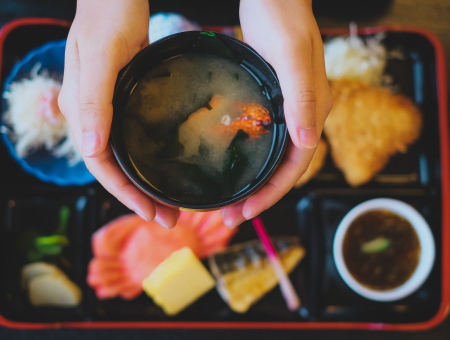 The U.S. diet can sometimes have sweets for breakfast. Foods like donuts, waffles, pancakes, and cereal might be considered desserts in other parts of the world.

Japan: Typical lunch in the Japanese diet is a bento box

In Japan, people typically bring bento boxes to their work or school. These boxes contain rice with different side dishes.

Compared to the Japanese diet, a typical U.S. lunch is a sandwich. BLTs and peanut butter and jelly are popular sandwich options.

Japan: Rice is the main source of carbohydrates

The Japanese consume rice as one of the main dishes. In Japanese, the word for rice is the same as the word for food — “gohan.” The side dishes are usually salty so that it compliments the plain rice. Many  people eat Japanese rice for all three meals of the day. 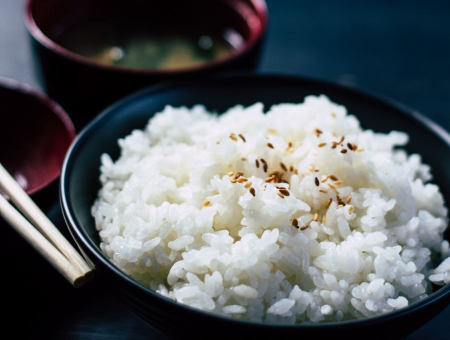 USA: Bread, potatoes, and pasta are the main source of carbohydrates

In the U.S. diet, rice is not a main source of carbohydrates. It’s more common to have bread, potatoes, or pasta. In most cases, these carbohydrates need to be cooked with fatty ingredients like butter or cream.

Japan: Dairy products are not common in a traditional Japanese diet

Milk, cheese, yogurt, and other dairy products are a regular part of the U.S. diet. Most people in the U.S. will eat at least one dairy product during the day.

Japan: Protein can come from many different sources

Japan is surrounded by the ocean so it is easy to get a hold of seafood. Protein can come from many sources in the Japanese diet including seafood, meat, and soybeans. 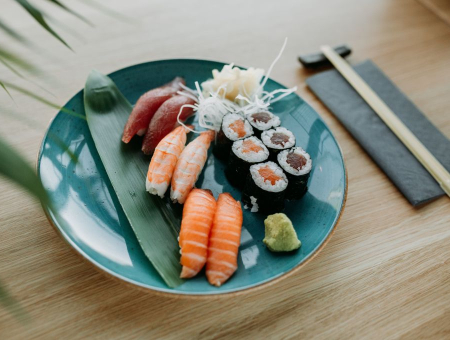 There is a large amount of meat that is produced in the U.S. Most people eat seafood less often than meat.

Japan: Vegetables are important in the diet

Japanese cuisine has many ways to cook vegetables. They can be braised, fried, and even pickled. Japanese people tend to consume a large amount of vegetables.

In the U.S., vegetables are not consumed as much as in the Japanese diet. Vegetables often come in cans or it is frozen. There are not many vegetable dishes in the U.S. diet.

Japanese diet contains small portion sizes. Japanese people value many different tastes in smaller quantities than one large dish. This means a healthier style of eating where each small dish is savored and thoughtfully eaten. 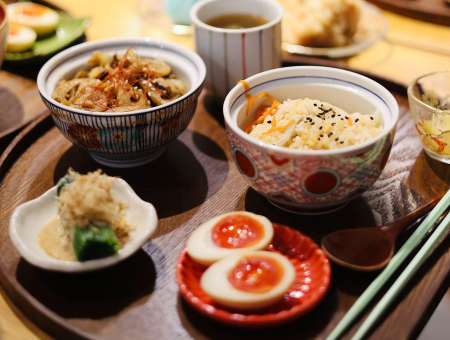 The U.S. is famous for its large portion sizes and the diet reflects this. A typical fast food meal in the U.S. is much larger than in other parts of the world.

Japan: An abundance of soybeans

Soybeans are an important part of the Japanese diet. Miso, natto (fermented soybeans), soy sauce, tofu, and bean curd are all made with soybeans.

USA: An abundance of fried foods

Fried foods are common in the U.S. diet. Some examples are fried chicken, french fries, and onion rings.

Now you know a bit Japanese vs American diets and what makes them different.

Do you think there are other differences or similariites that I might have missed?

If you’re interested in learning more about Japanese food, here are some relevant articles:

Thanks for reading (and eating)!