Japan is indeed known for them.

For example, you might already have heard about square watermelons.

But did you also know that there are tons of interesting Japanese grape varieties? Grapes like Shine Muscat, Roman Roman, and the Gold Finger?

Well, you’re about to find out.  This quick guide covers the 12 Japanese grape varieties, what makes them unique,  what they look like, and how much they cost. So, let’s jump in. 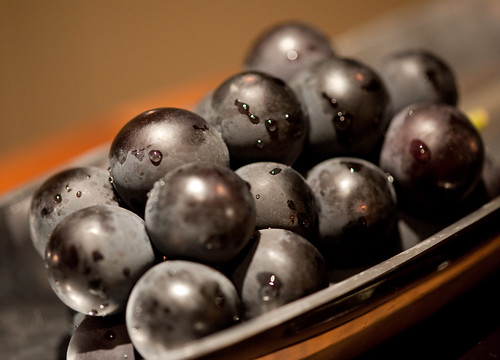 Kyohou grapes are very large and feature an almost black color on the outside. They can be similar to Concord grapes. It is one of the leading Japanese grape varieties and is in season between June and October. They are grown in Nagano and Yamanashi prefectures. The flavor of the grapes are mild in acidity but extremely sweet. Because of high growing standards in Japan, these grapes can sometimes fetch prices of around 100 dollars per kilogram of grape. 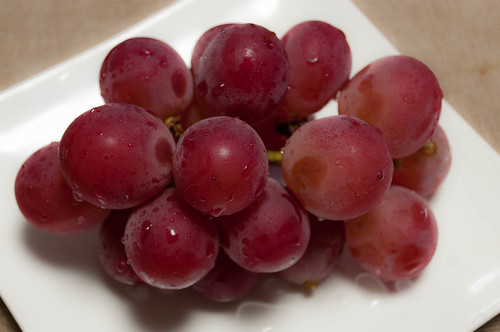 Ruby roman grapes are red in color and grown in Ishikawa prefecture. They are famous for their record price of 450 dollars per grape at an auction in 2020. Normally the price of Ruby roman is around 150 dollars per bunch of grapes. These grapes are considered the most expensive… out of all of the Japanese grape varieties listed here.

What makes these grapes stand out is that there are strict standards the grapes must pass. Each grape should weigh at least 20 grams and have an 18 percent sugar content. 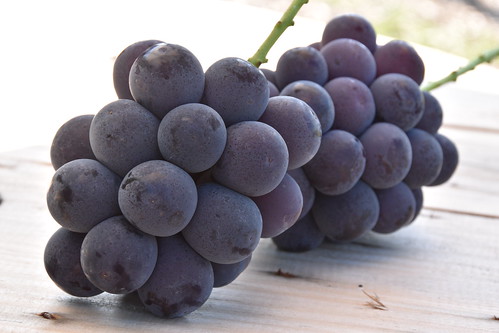 Unlike some of the other grape varieties, Pione is special because it balances its sweetness with a nice acidity. These grapes can be compared in flavor to wine and can also be used to make rosé wine. Each grape has a purplish color and the skin is meant to be peeled off before eating. Because so much care is placed into making the grapes, the price also reflects this attribute. 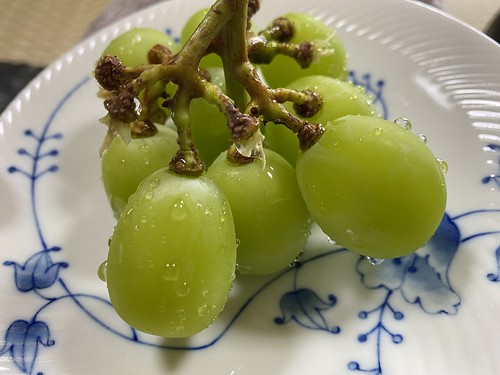 This one is one of the most popular Japanese grape varieties. And you’ll see it in Japanese supermarkets.

The Shine Muscat grape is a green grape variety that has a large size and pleasant texture. It is grown in many different locations in Japan as well as abroad. One of the greatest features of this grape is that it can have a mango-like taste. It’s also seedless and the skin can be eaten. You’ll see prices between $10 to $20 for a small pack of these.

Grown in Hiroshima, these grapes combine the best qualities of large sized grapes like Kyohou and smaller grape varieties. The Sunny Rouge has a light purple color and the shape of each grape looks oval. These grapes have a delicate flavor with a nice depth. The price is a bit cheaper than other Japanese grape varieties at around 20 dollars per kilogram. 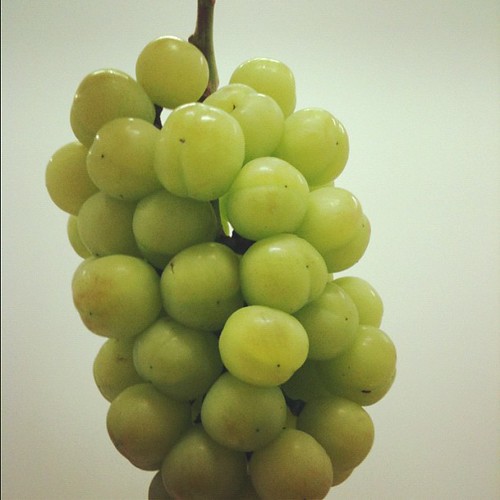 The Seto Giant grape is grown in Okayama prefecture.

These grapes were developed in 1979 and are a unique variety of green grape. Each grape has an interesting shape that looks as if three bubbles are stuck together. They have a high sugar content and crisp skin that is meant to be eaten. The reason why these grapes can be expensive is because each grape must be meticulously cared for. If they were left to grow by themselves, the grape bunches would not end up as big and uniform. 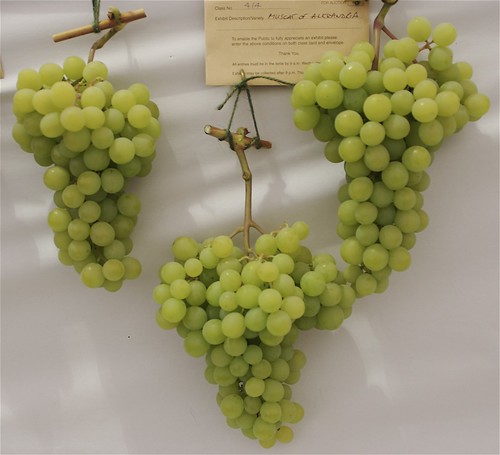 This is one of the original green Japanese grape varieties.

It was introduced around the 1800s and it’s known to local Japanese people as “Muscat”. These grapes have a strong scent, intense sweetness, and a pleasant texture. In Japan, you’ll see all kinds of sweets and candy labeled “Muscat” which are referring to the flavors of the Muscat of Alexandria. 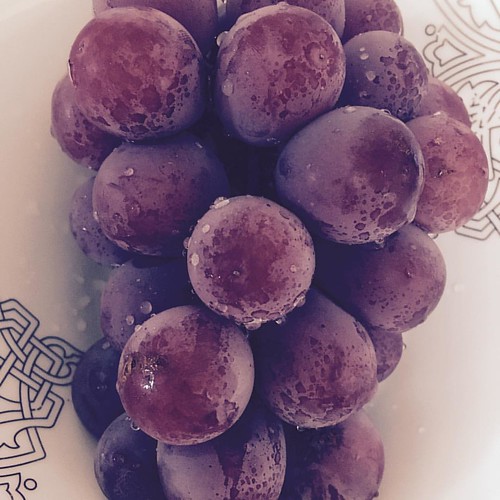 Queen Nina are large sized grapes that are grown in Nagano prefecture.

Their flavor is in between the Muscat (large green grape) and Kyohou (large black/purple) grape varieties. They have a light reddish purple color and each grape weighs around 20 grams. These grapes have one of the least amounts of acidity which makes them incredibly sweet.

This is a reddish colored grape variety that is grown around Japan, and it is relatively cheaper than other varieties. Instead of focusing on being the most premium grape possible, Beni Ballad has a mild sweetness and crisp skin that you’ll want to keep eating. Unlike some of the other high-end grapes they don’t have as much flavor and are not as big. They can be similar to table grapes found in other countries.

As the name suggests, these grapes have long shapes that are almost like the shape of a finger.

Their color is a light yellowish green and are mostly grown in Yamanashi prefecture. One of the most important characteristics is the sweetness and their flavor can be compared to honey. The skin of the grape is meant to be eaten and the variety contains seeds.

This grape has a name that translates to “dragon treasure” and it is very rare to find them in Japanese supermarkets. This is because the grapes tend to fall off of the stem easily and it’s hard to ship them. They are grown in the Shiga prefecture and the Ryuuhou grapes are very juicy. You’ll find that a lot of the juice is trapped between the skin and the meaty part of the fruit.

Conclusion &  Back to You

Now you know about some unique and expensive Japanese grape varieties.

Have you ever tried any? So far, I’ve tried the shine muscat grapes and have to admit that they’re well worth the money.

Which is your favorite?

The Complete Hojicha Tea Guide: Benefits, How to Make, & More.