Want to learn a bit about the Japanese Shinkansen Bullet Train? Like, how fast does it go? How many types of bullet trains are there? 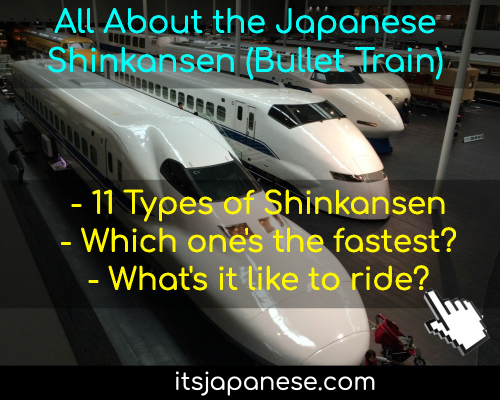 1) Introduction to the Shinkansen

But just remember it as the bullet train.

The Japanese Shinkansen is an iconic part of a travel experience in Japan. It can easily transport passengers at high speeds all across the country. Compared to regular trains, they can get to places much faster and with a high level of comfort.

The first Shinkansen was built in Japan for the Tokyo Olympics of 1964. The Shinkansen was meant to be a way to connect the surrounding areas to Tokyo. Since then, Japan has been a leader in high-speed trains. Japan held the world record for most high-speed rail passengers until 2011, and currently has the third fastest train in the world.

Japanese bullet trains are used by a wide range of passengers from tourists, business people, to commuters. For foreigners, there is an attractive travel pass that can allow unlimited bullet train rides for one to three weeks.

2) What One Can Expect on a Japanese Bullet Train

What’s it like? It’s a lot like boarding a plane. And then having the plane go down the runway… faster and faster…. except without ever lifting off. 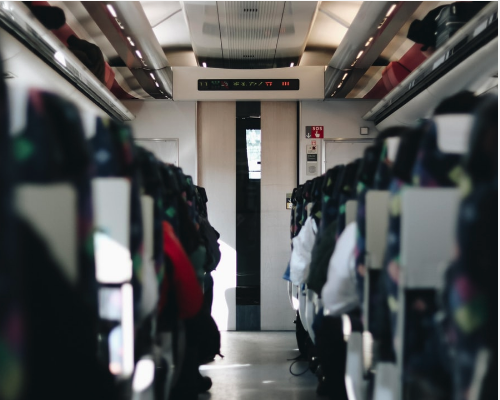 When you ride a Japanese bullet train, you’ll have a unique experience that’s different from local trains. Bullet trains are for long-distance travel, and they make sure that passengers are comfortable. You can expect to ride the train for up to several hours depending on where you’re going. However, they can be as short as 20+ minutes. For example, the ride from Tokyo (Shinagawa station) to Odawara City is about 25 minutes.

But anyways, what makes bullet trains different from all the other trains?

A) Bathrooms and seat comfort

Bullet trains will always have bathrooms that are similar in style to airline toilets. Seats are also designed for long distances.  Although local trains in Japan are more like benches, the seats on bullet trains are forward-facing with armrests. There is also a small table that you can use from your seat. If you want a higher level of comfort, it’s possible to pay for different seat classes for more leg-room and comfier chairs.

In Japan, food is typically bought before boarding a Shinkansen. This is because there is usually no restaurant car in the high-speed trains. Every major train station will have a wide selection of Ekiben (station lunch boxes) that you can purchase before boarding. This is an important part of Japanese culture that many travelers look forward to. If you forget to buy food or get hungry during the journey, food carts also come around with food and drinks.

Bullet trains in Japan are typically around 300 kmph. Depending on whether the train makes more local stops, the speed of the train will be different. Top speeds are around 320 kmph.

If you’re a passenger, the noise on the train is not too loud and you can expect a peaceful journey.

But, for the outside world… Because of such high speeds, the sound of the bullet train can be extremely loud for the surrounding areas. There have been noise complaints in the past for those living near the train tracks. Bullet trains are known to cause an effect called tunnel boom, which creates a huge sound when going through tunnels.

The Kodama shinkansen runs on the major route between Tokyo and Osaka. It runs at a slower speed than the other shinkansen at around 285 kmph. Many passengers prefer Kodama over faster trains because it stops at some of the smaller cities. 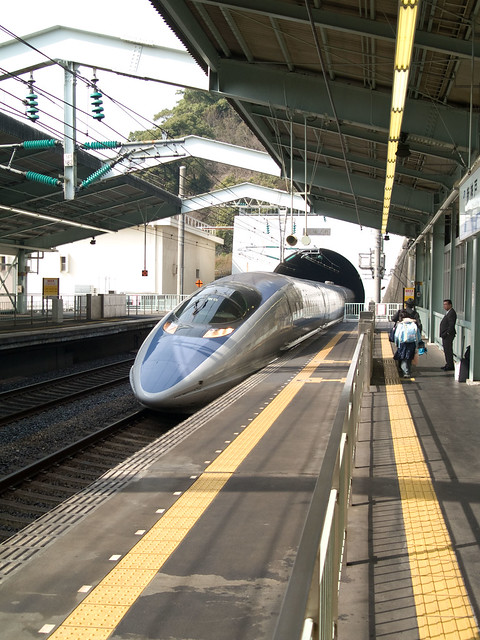 Reaching an impressive speed of 300 kmph, the Nozomi shinkansen runs on the line which goes between Tokyo and Osaka. It boasts a two hour travel time between these two cities. 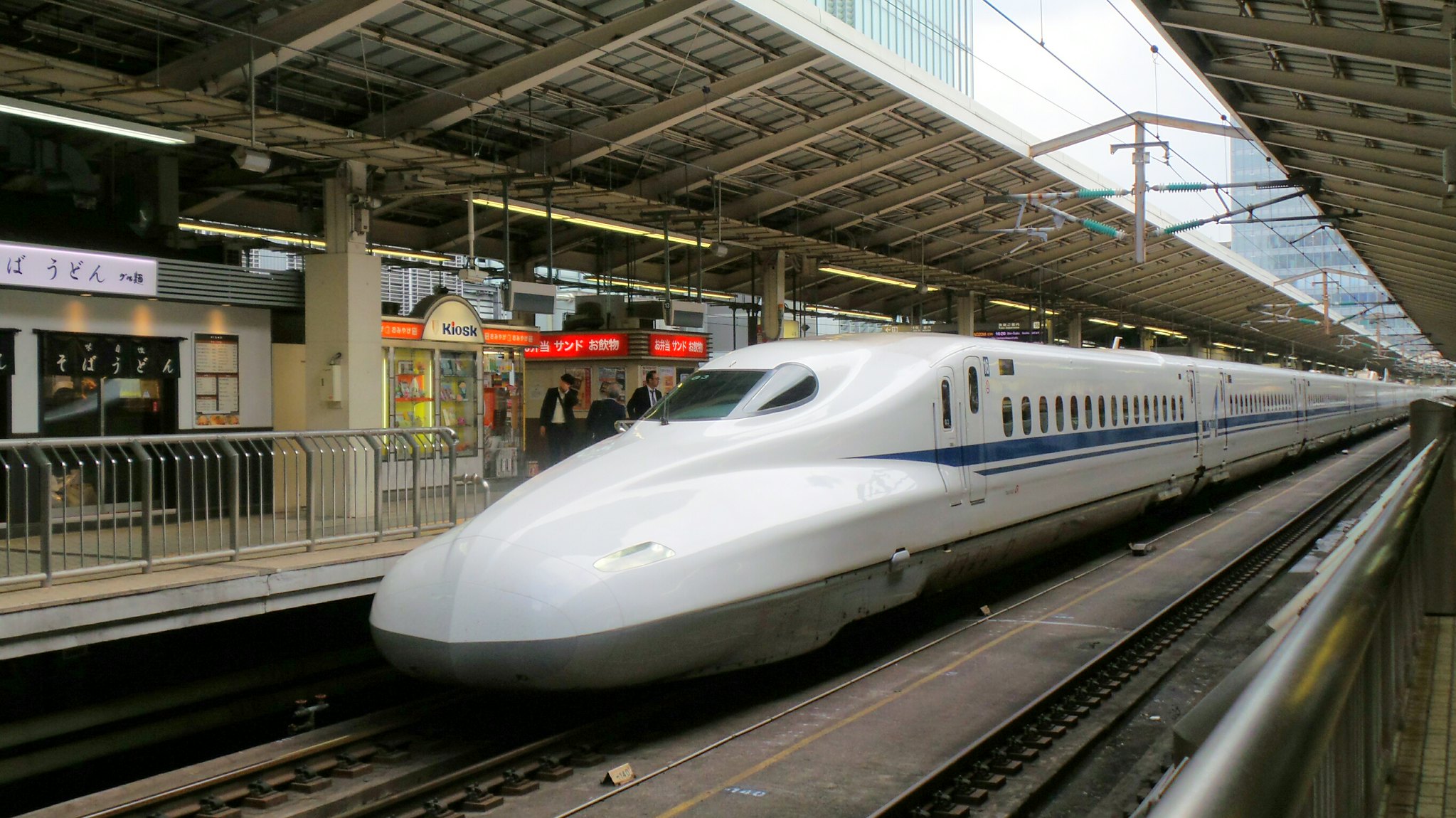 This Shinkansen goes all the way from Tokyo to Hokkaido. It runs up to 320 kmph and it’s a great way to travel to the northern areas of Japan. Hayabusa means peregrine falcon in Japanese.

Yes, this is the fastest bullet train in Japan. 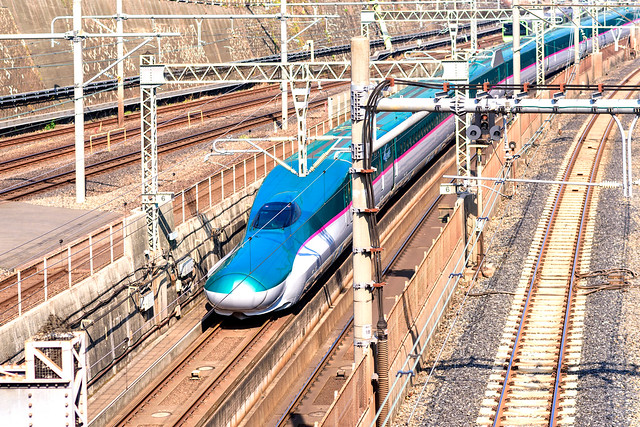 A slightly slower shinkansen, Toki runs at a speed of 240 kmph. It runs on the route from Tokyo to Niigata, which is on the western coast of Japan. Niigata is known for its ski resorts, hot springs, and national parks. 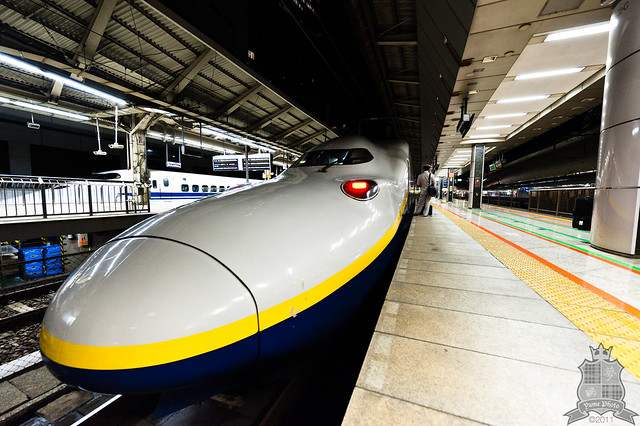 The name Kagayaki means shine in Japanese and the Shinkansen runs at 260 kmph. This service started in 2015 and runs from Tokyo to Kanazawa in about two and a half hours. 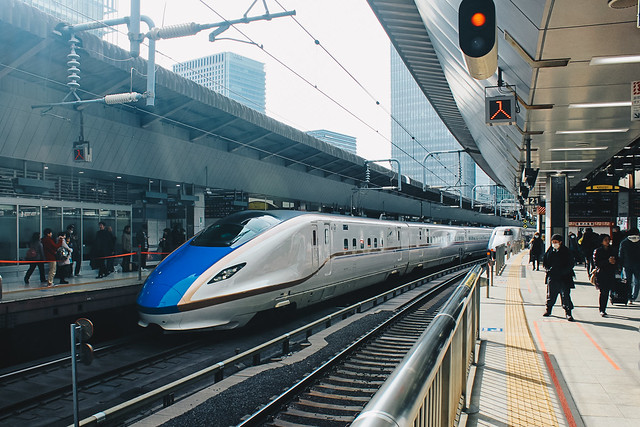 Sakura is a shinkansen that goes from Osaka to Kagoshima. It runs at speeds of up to 300 kmph. It’s a great way to get to the southern parts of Japan. 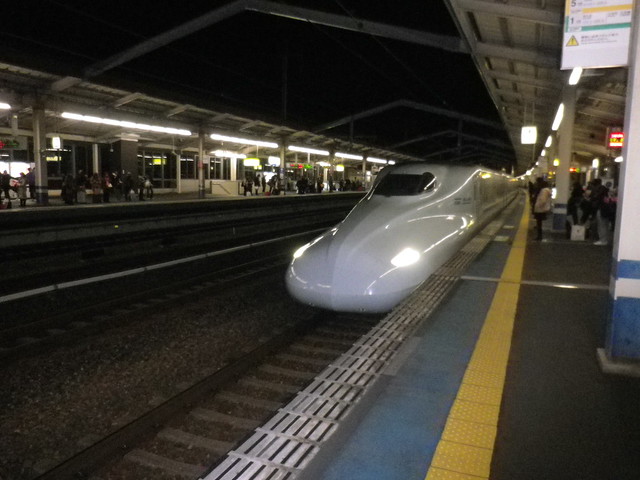 Running between Tokyo and Morioka, this semi-fast shinkansen is named after a mountain god. Morioka is a mountainous region with the ruins of the Morioka castle. Yamabiko’s speed is around 275 kmph. 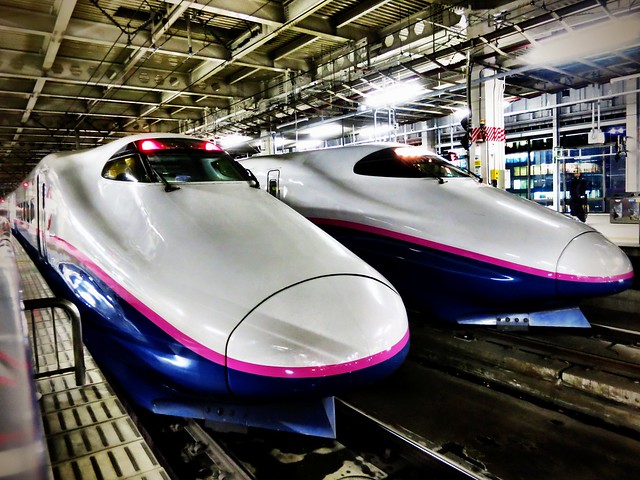 Hakutaka is a semi-fast Shinkansen operating on the line between Tokyo and Kanazawa. It is slightly slower than Kagayaki but makes more local stops. The running speed is about 260 kmph. 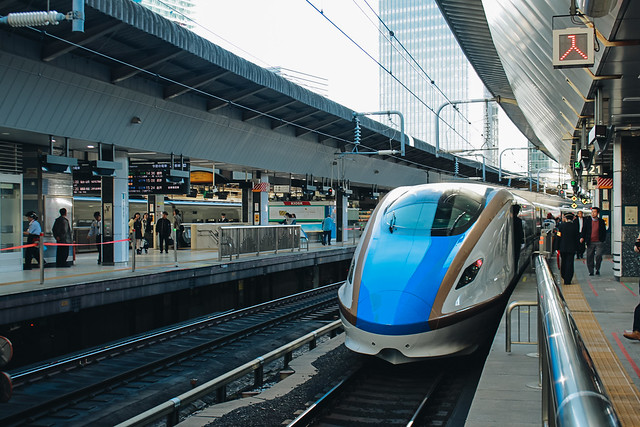 This is a Shinkansen that goes between Osaka and Kagoshima with speeds of 300 kmph. It runs similarly to the Sakura, but it is not covered by the rail pass used by many foreign tourists. It can get to Kagoshima slightly faster than Sakura, and frequently used by people traveling for business. 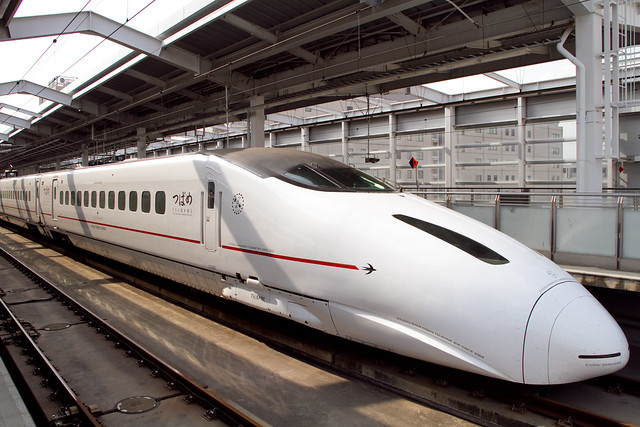 Conclusion — Over to You

Now you know a bit about the Japanese Shinkansen Bullet Trains — the types. the facts, and which one is the fastest.

Have you been on a Shinkansen before? Which one is your favorite?

And of course, if I’ve missed something in this article, leave me a comment and I’ll add it in.