Looking to learn a bit about the toro (Japanese stone lantern)? 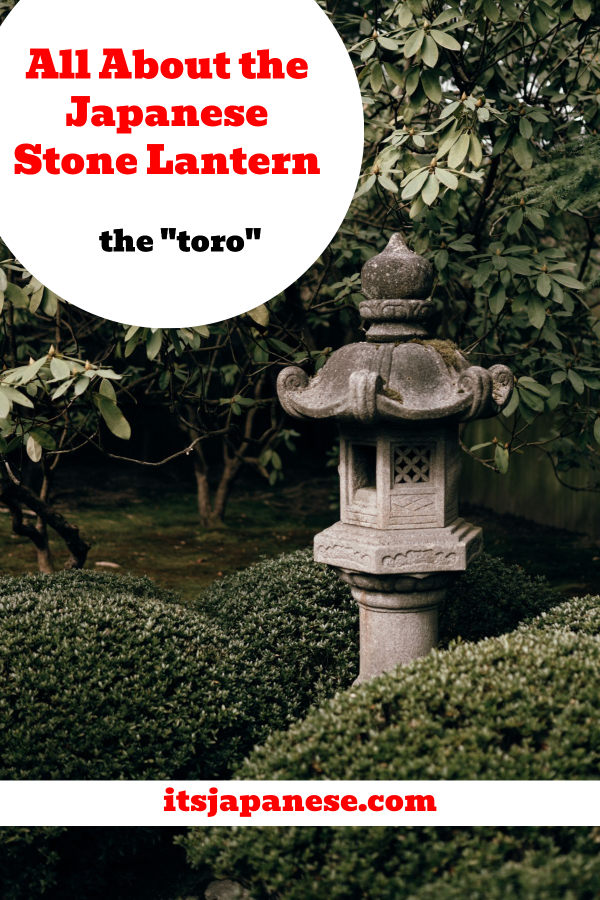 What is the Toro?

Toro is a type of traditional Japanese lantern that is often made of stone and used to decorate gardens and shrines.

And in this guide, you’ll see me referring to it as both the toro and a stone lantern.

The origin of these unique lanterns comes from China with the oldest stone lanterns dating around 200 BCE. Toro spread to Japan around 700 CE among the Buddhist temples. They also went to Korea and Vietnam but didn’t get as much popularity as it did in Japan. The toro had a special significance that it was a useful light source as well as an offering to Buddha. Eventually, these lanterns also spread to Shinto shrines and as a decorative element in Japanese gardens.

What’s the Purpose of Toro? 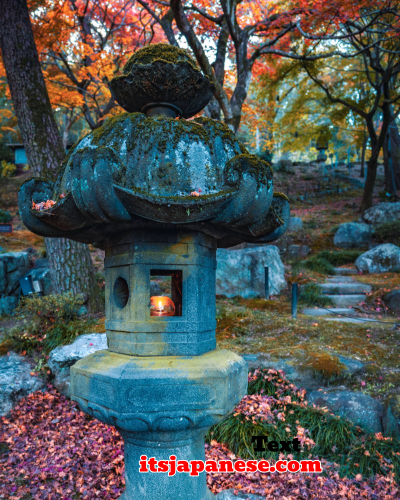 The purpose of the toro can be as a source of illumination along paths in a temple or shrine (duh). In more modern times, they are purely decoration and can be used in a wide variety of places. The shape of the toro was culturally significant because it represented the five Buddhist elements. Each section of the toro from the base, the platform, the fire, the roof, and the tip represent the elements of earth, water, fire, air, and void. The symbolism was especially important when it was used in Buddhist temples.

How Toro Are Made 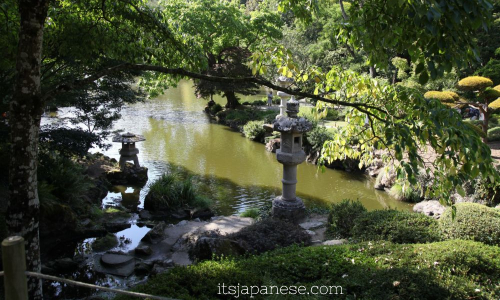 If you’re interested in how to make a Japanese stone lantern DIY style… you can always find some on Amazon. Click below to browse around.

But, if you’re set on making your own, here are some insights:

Making toro is considered a traditional stone craft and it requires a skilled craftsperson to make them. Each lantern is constructed by hand using stone tools like a hammer and chisel. The material of the toro is usually granite.

Pieces of granite are roughly cut and measured so that the dimensions will work well when it is finished. The craftsperson usually starts from the very top of the toro and works their way down section by section.

Toro is made from 6 sections which can be different depending on the type of toro. Not all toro will have all 6 sections.

These sections are called:

Some of the main sections where there can be unique designs would be the style of the “kasa” or roof section and the “hibukuro” or the firebox. The roof section can sometimes have corners that twist upwards. The firebox area can have different styles for the “window” design. Some toro will have square shapes while others may have other kinds of geometric patterns.

Now what are the types of Japanese stone lantern?

Take a look below. By the way, “doro” means “lantern” in Japanese. (Toro becomes doro when combined another word, as the below.) so read these as the Kasuga lantern, Tachi lantern, Yunoki lantern, and so on.

This is a type of stone toro that is named after the Kasuga shrine in Nara prefecture. The shrine was established during the 8th century. The toro is distinct because of its tall and cylindrical shape. The roof part of the toro is small and has many sides. 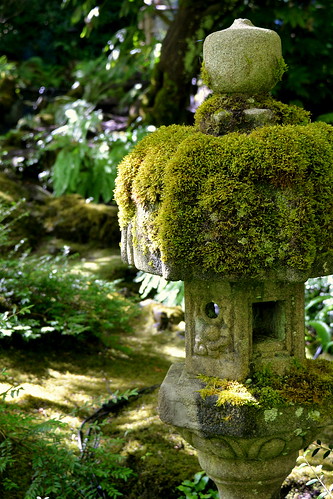 In Japanese gardens, Nozura Doro is a popular type of toro because of its rough aesthetic. These lanterns are made from unpolished stone that look like they are balancing on top of each other naturally. The shapes are not as refined as other toro, and instead, it embraces the natural look of stone. 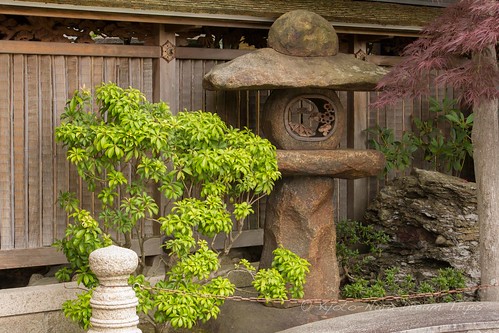 This toro translates to “snow viewing” lantern. These are usually a decoration in gardens and are not used as Buddhist or Shinto lanterns. They don’t have the full structure of a toro but are low in height and small. 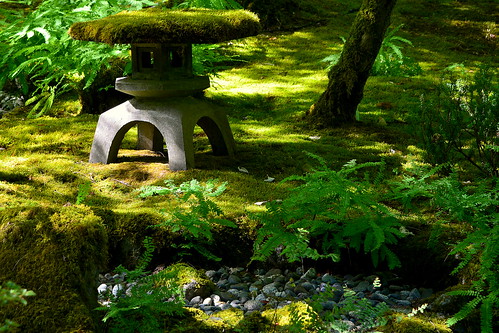 Yuunoki Doro is another type of toro that is similar to Kasuga Doro but with a unique platform section of lotus carvings. The roof section is made simply without any points that curve outwards. This toro was popular during the Edo period at tea houses and can also be found in the Kasuga shrine. 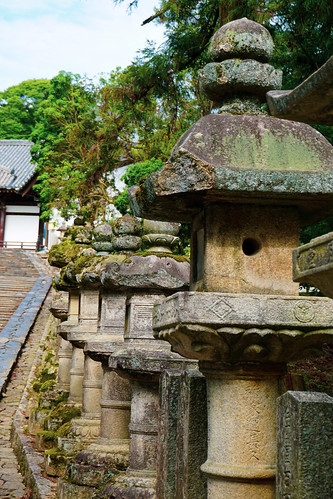 The general name for any kind of standing-type toro is called the Tachi Doro. This includes Kasuga Doro, Yuunoki Doro, and many others. Tachi Doro must have a base component to be considered to be of this type. They are usually at entrances and placed in locations where it is nice to have a high-positioned light source. 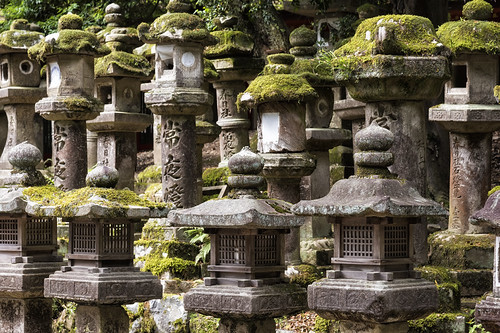 This toro lacks the base part that is usually part of a toro. Instead, the box and roof are placed directly on the ground and can be moved around. This movable toro were popular near houses and along the water. 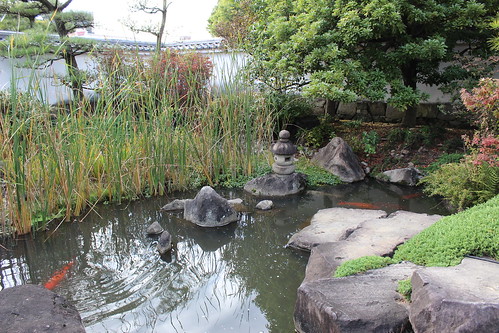 These are also known as buried toro, and they do not have the typical leg part of the lantern. Instead, the base of the toro is just an elongated cylindrical shape that is buried directly in the ground. 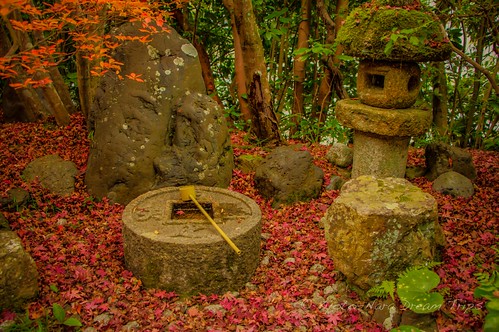 Mizubotaru Doro is a unique type of buried toro, which feature geometric designs. The part that contains the fire is in a cube shape. Two of the openings or windows in the cubed fire section have a square shape, and the other two sides have two small triangles. This toro can be found in the Katsura Rikyu, or Katsura Imperial Villa in Kyoto, Japan.

Now you know a bit about the Japanese stone lantern — the toro.

Do you enjoy seeing these as much as I do?

Do you want to have one of your own for decoration?

I read them all.

All About The Daruma Doll: How To Use & Which Eye First?

What are the Types of Japanese Dolls? 10+ Dolls Explained.