Looking to learn a bit about the Japanese marimo moss balls?

Check out this quick guide. You’ll learn what they are, how they’re used, how to make marimo moss balls (if you can…), how to care for them, and much more. 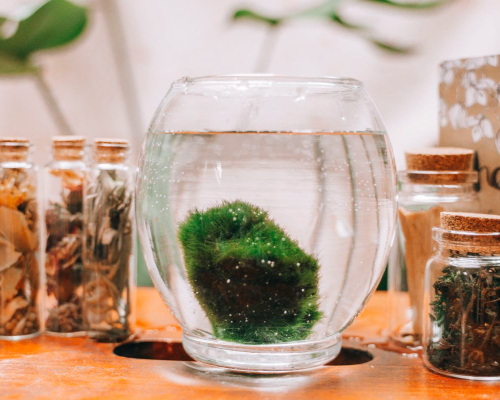 Contents hide
1 Intro to Marimo Moss Balls
2 Marimo Moss Ball Fun Facts
2.1 There’s a Marimo festival?
2.2 Are all marimo round?
2.3 Marimo outside of Japan?
2.4 Can you make marimo?
2.5 How fast do they grow?
3 Marimo Moss Ball Care
3.1 General tips for marimo moss balls:
4 Back to You

The Japanese moss ball, also known as marimo, is a type of rare algae growth that forms the shape of balls.

What does marimo mean? Well, the name can be broken down into… “mari”, a small toy ball, and “mo”, which means moss.

These balls can be found in lakes in Japan and Northern Europe.

But, why are they around? The slow movement of the water makes the algae grow into a ball shape. The size of marimo can be between 2 to 5 inches in aquariums and 8 to 12 inches in lakes. And even crazier, they can get up to 200 years old. 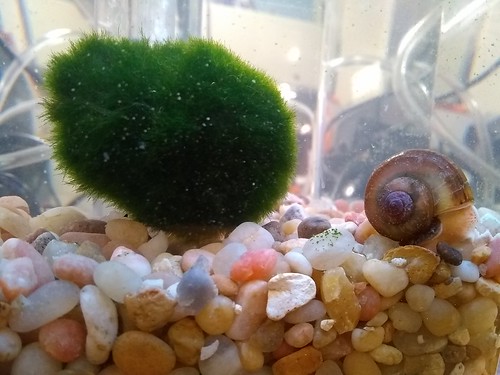 Now, how are the marimo balls used? In Japan, they are popular to keep in aquariums because of the low maintenance it requires. They’re sometimes kept within families as a good luck charm.  And they’re also a popular souvenir item in Hokkaido where Lake Akan, the lake with natural marimo, is located.

Because of the unique conditions required for marimo, the amount of natural marimo is declining, and it is illegal to take marimo from certain lakes. Marimo requires water that doesn’t contain too many nutrients. The nutrients that drain into the lake from agriculture can make the water unsuitable for marimo to grow. 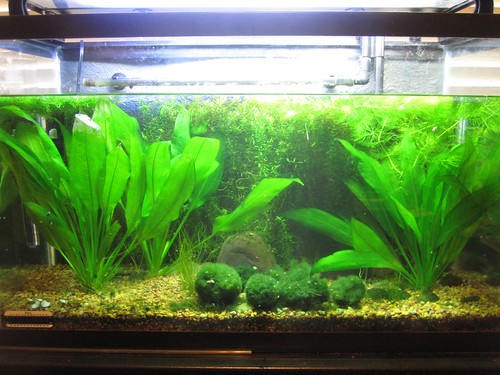 Every October, in the city nearby Lake Akan in Hokkaido, there is a marimo festival. The marimo is important for the Ainu people, indigeonous people of Hokkaido, and this festival is held by an Ainu leader to help protect the marimo. It is an important festival that highlights the importance of marimo, and promotes conservation. There are parades and ancient dances throughout the festival.

Are all marimo round?

Although marimo is known as a “moss ball,” it can actually take on many different forms. Since it is an algae it can also grow onto flatter surfaces. It is known to grow on rocks or float around in small pieces. When kept in an aquarium, the water needs to be moved around occasionally so that the marimo has a chance to keep its round shape. 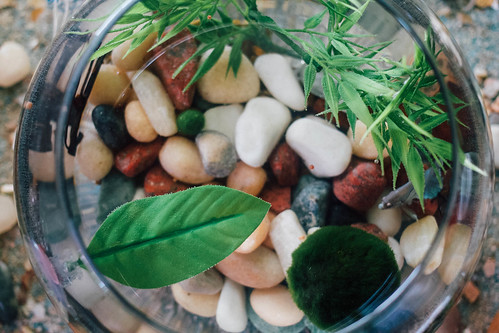 Marimo outside of Japan?

Marimo is popular in Japan, but it can also be found in other lakes around the world. They have been seen in places like Iceland, Ukraine, and Ireland. However, the numbers are slowly declining; these days, large marimo are only found in Iceland and Japan.

Can you make marimo?

If you’re wondering how to make marimo moss balls… well, you’ll need an existing one. So, you should buy one first. Amazon is one place you can find ’em.


Then, you can multiply them by cutting the large ball into smaller pieces.  However, this is not recommended to do yourself since it’s possible the marimo will die.

In addition, marimo will sometimes grow another ball, breaking off into a second marimo ball.

How fast do they grow?

The speed of marimo growth is very slow, and they usually grow about 5mm per year. This is why it is particularly impressive to find marimo balls the size of basketballs in Japan and the reason why it is so important to conserve them.

To take care of a marimo moss ball…

1. You’ll need a suitable aquarium or container. As long as the marimo has some space to move, the container size is not too important.

2. Although not necessary, it can be a nice visual effect to add some rocks to the bottom of the container. 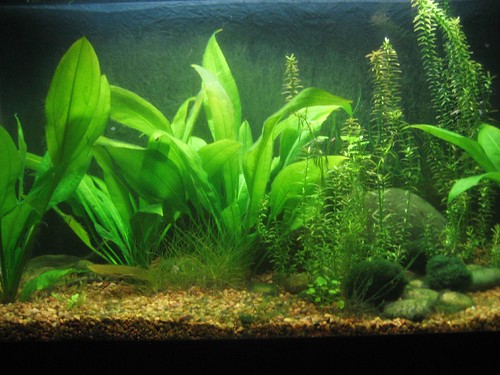 3. Add fresh water to the container you’ll be keeping your marimo. You can use tap water, but it is recommended to leave it out for 24 hours before pouring it in.

3. Place the marimo inside your container. Make sure that the marimo is fully submerged in the water. Sometimes, marimo will float because of air bubbles that are trapped on the outside. They will sink after a day or two.

4. Replace the water every two weeks. When changing water, you can take out the marimo ball outside of the water. Marimo can survive for several days without being inside water as long as they don’t fully dry out.

5. Once in a while, gently move the water around in the tank so that the marimo has a chance to roll to a different side. This helps keep its round shape. In addition, if the walls of the tank start getting covered with algae make sure to clean them.

Marimo don’t need any nutrients, so you won’t have to worry about feeding it. Make sure to keep the marimo out of direct sunlight to prevent them from turning brown. They can also be kept with other aquatic animals like small shrimp, snails, and less aggressive fish. It’s recommended to research before adding other animals to the same tank as the marimo.

Hope this gave you a bit of background about this fascinating little ball of algae.

Do you have a marimo of your own? Or, would you want to get one for your tank? If you do want to get one, try out Amazon via my affiliate link below: